In the recent past, Intelligence Bureau (IB) has come in the limelight for variety of reasons. In one of the instances, IB has been accused by one of its own employee of “protecting” terrorists. A serving assistant sub-inspector (ASI) of IB, Malik Mukhtar Ahmed Shahzad, has accused his senior officers of not taking action against terrorism suspects and filed a petition before the Islamabad High Court (IHC) requesting it to refer the matter to the Inter-Services Intelligence (ISI) for a thorough probe. In the petition filed through his counsel Masroor Shah, Mr Shahzad has said he joined the IB in 2007 and that he “reported against various terrorist groups having roots in Uzbekistan, Iran, Afghanistan, Syria and India”.  “However, to the petitioner’s utter dismay, no action was ever been taken by IB in this respect despite concrete evidence provided to it in the form of the intelligence reports”, the petition says. “Upon thorough intelligence gathering process, it transpired that certain high officials of the IB themselves are directly involved with the terrorist organizations having linkages with hostile enemy intelligence agencies” the petition reads. It goes on to say that the matter was even reported to the IB director general, who also did not take any steps. It says some IB officials travelled to Israel and had direct links with Afghan intelligence which, it was found later, had links with another terrorist group from Kazakhstan.[1]

The Intelligence Bureau (IB) in its written reply submitted before the Islamabad High Court (IHC) that if the allegations of ASI Malik Mukhtar Ahmad Shahzad were pursued in an open court, it would have adverse effects on Pakistan’s relations with numerous countries. It said entering into the controversy, alleged in the writ petition, would amount to exposing the secrecy and confidentiality of the department, which the agency respectfully claims is subject to privilege. Hence, the court may kindly refrain from delving into the details of the writ petition. The IB is of point of view that the contents of writ petition and the annexures  there with were in utter violation of the terms and conditions, service rules, and practices of the Intelligence Bureau, as no functionary was permitted to retain any copies of the secret information reports that are submitted by them. Elaborating their point of view the letter, it said ever since his initial appointment, the petitioner has been incessantly harassing the agency by filing numerous cases with various courts, and has as per our record, filed a total of 14 different cases against the agency till now.[2]

Earlier, a list allegedly issued by IB was being circulated in social as well as print media that was containing names of over 37 lawmakers suspected of having links with banned terrorist and sectarian outfits. The list first came to light when a private television channel (ARY News) aired a report claiming that former Prime Minister Nawaz Sharif had directed the IB on July 10 to keep watch on the listed legislators, mostly belonging to the PML-N. Reportedly, the issue came up for discussion during meeting of federal cabinet on 26 September where members took serious notice of the airing of a “false report” on a private television channel and   demanded strict action against  those who fabricated the news. The prime minister later directed Law Minister Hamid to probe the issue and ensure action against the channel through the Pakistan Electronic Media Regulatory Authority (PEMRA) for the “mala fide reporting”.[3] On 29 September, members of an NA committee protested against a list allegedly issued by the IB. Protesting against the list of names, the NA Standing Committee on Procedure and Privileges decided to summon the IB director general (DG) to provide clarification on the matter, as the intelligence agency had denied the media reports.[4]

On 26 September, DG IB Aftab Sultan came under scathing criticism from PTI Chief Imran Khan for visiting London for a meeting with former PM Nawaz Sharif. PTI chief demanded resignation from DG IB stating in his tweets, “IB head must resign immediately. What was he doing visiting a disqualified PM in London over 4 days at taxpayer expense?” he said. Taking an exception to the IB’s alleged role in politics, the former cricket hero accused the civilian intelligence service of abetting Nawaz Sharif “by creating grounds for blackmailing his MNAs into falling in line”. [5]

It is yet to be seen how the latest storm related to IB would eventually settle, yet one thing is abundantly clear that two main federal intelligence agencies are not enjoying best of relations as can be witnessed from the comments highlighting tug of war between ISI and IB[6]  passed by one of Islamabad High Court judges Shoukat Aziz Siddique who is hearing petition of IB employee. Successful political governments of PPP and PML-N made a thought-out efforts to empower IB against ISI with the view to curtail influence of ISI as political government feel that ISI is too strong to be handled and for curtailing ISI’s political role, empowerment of IB is mandatory. However, the neither PPP nor PML-N was able to achieve its objectives due to variety of reasons including but not limited to political government’s tendency to use IB for their vested narrow political interests. Some observers believe that IB was responsible for leaking a photo of one of former PM Nawaz Sharif’s son – appearing before the Joint Investigation Report constituted by the Supreme Court to probe panama issue –  to tarnish the image of ISI who was given the control/ security of JIT sites and documents. Regarding latest developments, who knows its civil-military tussle operationalized at this level. Although it is too early to comment who exactly is behind current saga, yet it is clear that both the main intelligence agencies are the loggerhead with its negative implications across the system.

To get complete weekly security report please contact at info@picss.net 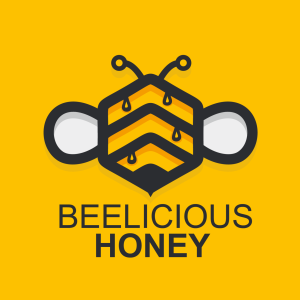